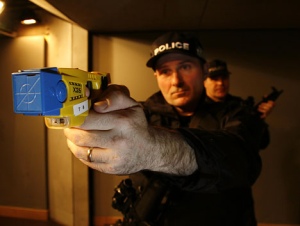 The loons have arrived in Northern California. Oh I don’t mean those beautiful waterfowl or the snowbirds that migrate south this time of year. I mean those grey mourning doves that return to our neck of the woods every spring. Unfortunately the mourning dove is a morning bird. That is he perches outside my bedroom window and begins to sing his deep-throated song nearly an hour before the sun rises. At first his “cooOOoo-coo-coo” was a pleasant reminder of spring and new beginnings with the change of season (yes we have seasons in California: tourist season and peak tourist season). But after several mornings of mourning dove solos, I started stuffing tissue in my ears to drown out that bird’s incessant blather while wishing that California Fish and Game would move dove season up to April 1st. I hope that bird finds a mate soon; that’ll shut him up.

That dove reminds me that season’s change no matter what. I’m usually not a fan of spring, mostly because it feels like a bridge season; it is no longer winter but neither is it yet summer. Human beings have an unfortunate tendency to resist certain changes of season in our lives. Perhaps you saw the tragic news recently about the 73-year-old reserve sheriff who shot an unarmed suspect who resisted arrest. The reserve sheriff thought he had drawn his Taser when he had actually drawn his pistol. The suspect died. http://www.wsj.com/articles/police-video-shows-deadly-shooting-of-black-suspect-in-tulsa-1428913303 That reserve sheriff might be a great guy with a pure heart, but I struggle to understand why a 73-year-old is in an active policing role. Granted, some 73-year-olds run marathons. On the other hand, some 73-year-olds spend their days in wheelchairs ensconced in care homes. As we age into the golden years we continue to have a strong work ethic, but our work skills might not keep up.

My wife’s grandmother swore she was a good driver into her eighties … until she had an accident that totaled her car. Fortunately no one was injured. Needless to say we did not get her another car. When my mother-in-law began to demonstrate some scary diminished driving skills, my wife and her siblings stepped in to see that her mother no longer drove. As one might expect, my mother-in-law thought there was nothing wrong with her driving. As we age, acknowledging our diminishing mental and physical agility can challenge our pride and threaten our independence as well as our personal sense of value. We want to stay in the game of life as we have heretofore lived it. But what does God have to say about aging and changing roles. Ecclesiastes 3:1-8 tells us that we can expect a variety of seasons to change in our life. Ecclesiastes presents these seasonal changes as a non-negotiable fact. Numbers 8:23-26 describes a mandatory retirement age for the tribe of Levites who acted as caretakers for the Tent of Meeting in ancient Israel’s place of worship:

“Then the Lord said to Moses, ‘This is a special command for the Levites: Every Levite man who is 25 years old or older must come and share in the work at the Meeting Tent. But when a man is 50 years old, he will retire from this hard work. Men who are at least 50 years old will be on duty to help their brothers, but they will not do the work themselves. That is what you must do for the Levites so that they can do their duty.’”

I am NOT suggesting we must all retire at 50. But I do believe that God prefers that we embrace new seasons rather than cling to old seasons. God gives us appropriate things to look forward to in new seasons. Notice that God did not take the 50-year-old Levites completely out of service. He just reassigned them to a less front-and-center role. If we have a problem with that, it may be due to our pride or our fear of becoming irrelevant. Don’t let pride or fear rob you of God’s gift of having something to look forward to. The trick, of course, is spotting the change of season in our life when it occurs … hopefully before we start screwing things up.

Not Ready For Old Age

Deer season ended a couple weeks ago in northern California. Early in the season, I shot at a buck and missed. My marksman fail educated that buck. He will now grow up to be an old buck and will help multiply his species. I like to think of it as my ministry to educate deer in the name of conservation. Sure, some hunters with quick reflexes and keen eyesight can bag bucks. But if it were not for dedicated hunters like me, those guys would have no bucks to bag.

I’ve hunted with the same guys for decades. They don’t always appreciate my efforts at deer population management, but I love those guys nonetheless. One of the men I hunt with, Don, is eighty-seven years old. Don told us that this would be his last year hunting. Time marches on, as they say. While sitting at his breakfast table in the pre-dawn hours before a hunt, Don told me about some of his ailments. He concluded by saying, “I’m an old man.” (Heck, Don has been an old man for some time now.) Don then said, “I’m not ready to be old.” Those words haunt me. They remind me of 1 Peter 1:24 where it says:

“All people are like grass,
and all their glory is like the flowers of the field;
the grass withers and the flowers fall,
but the word of the Lord endures forever.”

There is inevitability to our human life under the sun. We age. Youth, vigor, accomplishments, purpose . . . it all fades. Eventually it can feel as if there is not much to look forward to. We get to an age where we can no longer do the things we have always enjoyed. Many folks linger in that place of limbo for years before this life ends and the next begins. That place of limbo can be weary and discouraging.

Fortunately the last part of the verse above contains a beautiful, albeit mysterious, encouragement: “but the word of the Lord endures forever.” God’s word includes many truths about eternity and how He will take care of us. For instance, in John 14:1-4, Christ promises that he has gone to prepare a place for us. We really don’t know what God’s place for us in heaven will look like or what we will do there. But his eternal word strongly implies that we have something to look forward to, even if we are not ready for old age in this life. Whatever he is preparing for us, it will be good because He knows us better than anyone.

Last weekend I went deer hunting on Mule Mountain with two friends (yes, there really is a place called Mule Mountain, though I’ve never seen any mules there). By the way, don’t worry about the deer; they are perfectly safe when I go hunting. The older I get the more I hunt for the male camaraderie. At least that’s what I tell myself. In reality I can’t see or hear as well as I used to and so the deer are long gone before I come stomping through their neighborhood.

Anyhow, one of my buddies (I’ll call him John) and I were in position to hunt from the summit of Mule Mountain down the west side to a spot where my other buddy (I’ll call him Carl) was waiting in case we jumped a buck that might run out ahead of us, thus affording Carl an opportunity to bag the crafty creature. Carl hiked up the Mountain part way to get in position.

You need to know that Carl is eighty-five and doesn’t hear well. This makes for some interesting conversations between Carl, John and me on the two-way radios we use to keep track of each other when we’re thrashing around in the woods. Carl is John’s dad and just before we started down the Mountain, John called Carl on the radio to let him know we were beginning the hunt. The conversation went something like this:

I couldn’t help but laugh a little. Not at Carl, but at the absurdity of the human condition. It’s funny how we tend to focus on our failing abilities as we age. I don’t know about you but I need new glasses every couple of years. Arthritis is rearing its ugly head in the most inconvenient places in my body. I have lost much of my high-frequency hearing. And my stomach no longer tolerates Thai cuisine. Our bodies can be a source of tremendous disappointment. But then it dawned on me: Carl is eighty-five and still hiking and hunting in the mountains. You can walk into any assisted living or skilled nursing facility and find eighty-five year old men sitting in wheel chairs, barely able to scoot themselves down the hall to the dining room.

It’s astounding that Carl is still so active in the outdoors. How is it possible at his age? Well, genetics probably help. But I’d bet it has a lot to do with Carl’s nature. He doggedly remains active and he doesn’t seem to worry about much. He goes to garage sales. He collects and recycles iron and brass. He buys used trailers and fixes them up for resale. He takes clothing to a local charity. And this is crucial: he has something to look forward to. In his case, it’s deer season. He also does not isolate himself from people. If we want a prosperous and invigorating life, we need something to look forward to. It can be the annual deer hunt. It can be the opening weekend of trout season. It can be crafts like making jewelry or a passion like cooking or making wine. It can be training a dog, but not a cat. It can be almost anything that you look forward to with anticipation. It’s important that, whatever it is, it gets you out doing something. Movement is life.