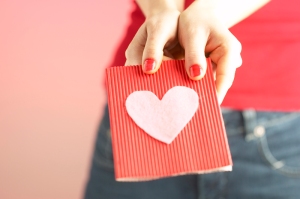 Valentine’s Day is just around the corner. I need to get some flowers for the sunshine lady of my life. (Is it odd to get flowers for an Australian Shepherd?) I should probably get something nice for my wife, as well. When Valentine’s Day rolls around, mushy stories of romance abound. In the weeks before Valentine’s Day, we also get treated to nonstop jewelry commercials on television. Thinking back to my childhood, I recall how our school teacher organized the exchange of little Valentine cards that students placed in each others’ storage cubicles. On Valentine’s Day we would pull out our Valentine cards and count them up to determine our place in the classroom social hierarchy. (With the help of a good psychiatrist, I’m no longer bitter about that.)

Don’t get me wrong, I am indeed a romantic at heart. But I’d like to share with you an unconventional romance. It is the Bible story of Hosea. Hosea was told by God to marry a prostitute. Yep, it does seem like a strange thing for God to do. Anyhow, Hosea obeyed God and married Gomer, the daughter of Diblaim. And surprise! Things didn’t go well. Gomer conceived and gave birth to children in the midst of plying her craft of prostitution. The implication is that some of the children she conceived were not Hosea’s. (Duh!) God then instructs Hosea to take Gomer back and love her again, even though she was sleeping with another man. Here’s the astonishing thing: Hosea takes Gomer back and loves her and tenderly takes care of her. Not only that, he accepts the children who were not his own. Wow!

I do not believe this story is a fictional representation. It is my humble opinion that the marriage of Hosea and Gomer was a real marriage. God uses their uncomfortable story to demonstrate how his people cheated on him by worshipping other gods. But, just like Hosea took back his cheating wife, God took back his cheating people. This story applies to Christians today. We casually cheat on God by falling in love with modern idols such as money, careers, status, sexuality, food and drink, sports, technology, entertainment or whatever. Sometimes we try to worship our favorite idols and God at the same time, which is even worse.

Here is what Hosea taught me: I used to think of sins and idols with a sense of detachment. That is, I thought most of the sins and idols we dabble with in Christendom are not viewed by God as very egregious in the grand scheme of things. But Hosea’s story showed me how much it personally hurts God when we drift away and pursue other lovers. Still, God loves us so much that he takes us back even after we cheat on him. He does not always remove the consequences of our betrayals, but he bends down to loves us and cares for us, thought we don’t deserve it. That’s a great romance!